The Summer I Became a Nerd by Leah Rae Miller

On the outside, seventeen-year-old Madelyne Summers looks like your typical blond cheerleader—perky, popular, and dating the star quarterback. But inside, Maddie spends more time agonizing over what will happen in the next issue of her favorite comic book than planning pep rallies with her squad. That she’s a nerd hiding in a popular girl’s body isn’t just unknown, it’s anti-known. And she needs to keep it that way.

Summer is the only time Maddie lets her real self out to play, but when she slips up and the adorkable guy behind the local comic shop’s counter uncovers her secret, she’s busted. Before she can shake a pom-pom, Maddie’s whisked into Logan’s world of comic
conventions, live-action role-playing, and first-person-shooter video games. And she loves it. But the more she denies who she really is, the deeper her lies become…and the more she risks losing Logan forever.

So, I felt a reading slump was coming on majorly, and I’m, like, girl, you need to stop it, because your reading game has been on fire lately. I remembered from the last time I was in the slump, tons of people recommended reading an old favorite. Therefore, I picked up my favorite contemporary of ALL TIME.

And it did NOT disappoint. This little book (and honestly, it is rather little when you look at page number) has made me laugh out loud, make that face where you’re holding in all the fangirl squeals together, and hold unrealistic expectations that I, too, will find the nerd-hot comic bookstore owner’s son of my dreams. It holds the best sidekick I’ve ever read, a reference to The Princess Bride, and a main character whose favorite movie is Tangled – which is quite ironic since this book has all the Rapunzel ratings for me because THE SWOONS AND FEELS ARE LITERALLY OFF THE CHART. OFFFFFFFFFFFFFFFFF.

I will admit that in the reread that it didn’t have as many LOL moments as I did remember (but this is my third time rereading it, so you know, maybe I’ve given up), but there are still some great funny parts, and the feels are so, so, so real. I literally stayed up until 1:30 in the morning to finish this – even though I knew exactly what would happen and how it would go down. It didn’t stop me.

This book is the book I measure every ship against (Logan and Maddie are so much adorableness), and every contemporary book against. It’s not perfect, and it’s rather cheesy – but it’s just a novel that makes you feel happy and good and just like the sun is shining down. It’s the perfect summer read, and it totally has fixed my reading slump (although, it kind of made me want to go back and read all the contemporaries on my favorites list, which is probably not the best idea because I have a tonnnnnnnnnn of new books to read. Oops). So, so, so much love for this book, and if you love some, nerd contemporaries out there, this is a fantastic coming of age story with them.

Five crowns and a royal princess book train: a Rapunzel and Aurora and Moana rating! 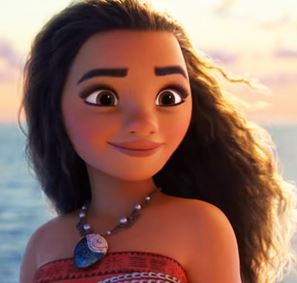 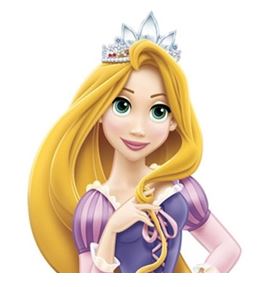 What do you think? What are some of your favorite books to reread? What is your ultimate contemporary novel? Let’s discuss in the comments below!