Yes, yes, I already know – I’ve done a Princess Book Tag Collab before. It did happen, and it was glorious and fun, but when Zuky from Book Bum messaged me, I JUMPED on the opportunity to collab with her for this – our own epic Princess Book tag. It is different than the one I did before and any other one out there because Zuky and I masterminded this whole operation. And now Zuky might have started a tag creating monster in me because I have quite a few other ideas for them and yes, mostly relating to Disney. XD

Now, are you following Zuky yet? Zuky is such an amazing blogger – super sweet, friendly, has and does the coolest tags, and reads all the best thrillers/mysteries. Check out her blog here! You might have seen her wonderful original tag Desert Island Discs tag here before. 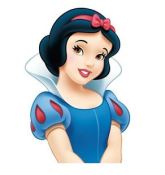 Favorite Debut Book From an Author 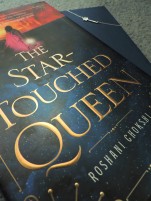 The Star-Touched Queen by Roshani Chokshi

Oh, this book. Dreamy, whimsical, ridiculously pretty. And I’m not even just talking about the cover. Chokshi created a world full of magic and intriguing storylines – ALL IN HER DEBUT NOVEL. Like, what am I even going to do with myself? It’s unfair to be that talented from the start. 😉

A Diamond in the Rough

Just Like Cinderella, You Either Didn’t Expect Much Out of This Character in the Beginning But Turned Out to Be a Total Jem

Dan from The Summer I Became a Nerd

In the contemporary world, there are basically the two love bunnies who are going to be the main ship, and of course, each of them have to have a lovely best friend – usually the female one being super sassy and sarcastic. It’s the classic Sassy Best Friend trope that has been done to death – in this story, though, I saw Dan and thought he would perhaps be the silent male best friend for Logan, but he had so much depth to him and his sass level – although cliche – was so ridiculously on point. He stole the comedy show a few times, and I did NOT expect that at all. Perhaps that’s why he got his own novel? 😉 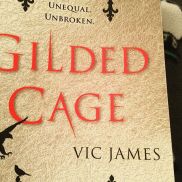 Gilded Cage by Vic James
Oh meh. I’m not sure I can even describe this book to you. It was decent enough when I was reading it, but it just failed to grab my attention at all. I would set it down and read an entire other book before I remembered I was supposed to be reading this. It just felt so meh and boring for me. But it was pretty? It is off to a new home now.

A Book With a Water/Ocean Setting

Daughter of the Pirate King by Tricia Levenseller
PIRATES. LADY PIRATES. ON SHIPS. IN THE OCEAN. Oh, this book was glorious, and I got some swoons and one fierce heroine. What’s not to love about that? The setting was perfect for this story as well – and now you’re sitting there going, “But, uh, Mandy, how would there be pirates if there wasn’t an ocean?” Let’s not talk about that, okay, and focus on its epicness?

Beauty and the Books

Name a Book With the Best Bookworm/Book Lover

The Replacement Crush by Lisa Brown Roberts
Vivian is a total book lover and she’s even a book blogger! I think that totally ups her bookworm status, does it not? 😉 She was so cool, and I thought it was so much fun to read about her love of books and pointing out, Oh, I know about that! And they have a cheesy romance book club, and o.o I want to join. I like cheese, too! 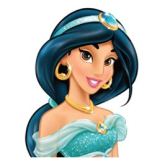 The Thief and the Princess

Gemina by Amie Kaufman and Jay Kristoff
Okay, this book is cleraly not for the first part because it’s literally the most cliche love story trope ever – but it’s one I enjoy dearly. However, it is definitely the latter part. I truly did not expect to love this book so much. I felt so-so about the first one, and I really hadn’t seen a lot of super great reviews about the second one. In fact, I’m pretty sure I’m in the minority about loving it so much. But all the elements just worked SO well together for this novel.

My Lady Jane by Cynthia Hand, Jodi Meadows, and Brodi Ashton
Okay, these ladies took major liberties, but the story really was based off of real people: Lady Jane Grey and her cousin, Edward. When Edward Tudor did die, they really did put Jane Grey on the throne. It was a disaster, and nine days later, she was off the throne and beheaded. This book has a far happier fate for Jane, and I do enjoy it far more than the original story.

The Princess that Saved Her Country

Name the Fiercest Heroine You Know

Ismae from Grave Mercy
Oh, Ismae. I loved her so. She was so fierce, strong, and epic. She is one of the first heroines that has stuck out to me in book history, and her story and history were so captivating. She has such a heartbreaking backstory, and it made her the scarred, strong heroine that she is. Plus, I mean, she is an assassin nun for a immortal god who is Death. How epic is that?

The Princess With The Coolest And Most Diverse Crew

Name a diverse book whether it is a diverse set of characters (like Tiana’s group of Naveen, Louis, Ray, and more) or just diverse in general
Six of Crows by Leigh Bardugo
We all knew that this book had to show up. Need I really go on more about the epicness that is the crew of this book? The answer is no, because this post is already long, BUT YOU NEED TO READ THIS BOOK IF YOU HAVEN’T ALREADY.

Let Your Longggggg Hair Down 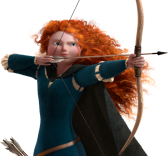 I Determine My Own Fate 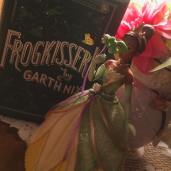 Frogkisser! by Garth Nix
There was no romance in this book – not even a HINT of it, and I thought that was epic. There was no need. There were more than enough plots going on, and a few times, I totally thought they were going to hint at a romance between Anya and someone and then they were like, nah, we’re good. And it was epic. Don’t get me wrong – we all know I love me some fairytale retellings with a good swoony romance, but I felt it would have drawn away from the story that needed to be told for this book.

A Book in a Winter/Cold Setting

Any Boy But You by Julie Hammerle
Okay, it might not have been super snowy and wintery in this book, but it was set in North Pole, Minnesota, where it is Christmas all the time. It was a super cool setting, and I loved the Christmas and North Pole themed everything. It’s basically the kitschy town of winter dreams. Totally loved every second of it.

A Character That Goes on a Journey

Air and Ash by Alex Liddell
Ah, drats, I could have used this one, too, for an ocean setting. But I’m spreading the gloriness around. Not only does Nile go on a physical journey, she also goes on an emotional journey as well.
Now, time for tagging – there will be a lot since I haven’t done a tag in forever, and I assume since I am a co-creator, I should try and spread the tag love? That’s what good creators do, don’t they? Psssssst, Long Deceased Walt Disney, this is smart, yes? I tried to pick those that I know really love the princesses and tags – so sorry if I missed you (I was doing a LOT), or I wasn’t sure how you felt about tags. If you’re not here and would like to do it, please do and I’m mind tagging you right this very second. 😉
Painfully Fictional / Reading With Rendz / A Dreamer’s Library / Twin Bookmarks/ icebreaker694 / Meltingpotsandothercalamities / Not So Modern Girl / Renuka @ Past Bedtime Blogs / Chelsea @ Kuehler Book Stop / Grace @ Grace Gets Books / Sydney @ Fire and Rain Books / Jackie @ toomuchofabooknerd / Annike and Zoe @ Twin Tales Book Reviews / Kyera @ Kyera’s Library / Olga @ Olga’s Oddish Obsession / Jannin @ The Booknerd Dragon / Evy @ Evy Reads Books / Amy @ Amy’s Book Corner / Katy @ Ardent Attachments / Eva @ Brilliantly Bookish / Sophie @ Blame Chocolate

So what do you think? What are some of yours answers for these? YES MORE DISNEY TAGS? Let’s discuss in the comments below!