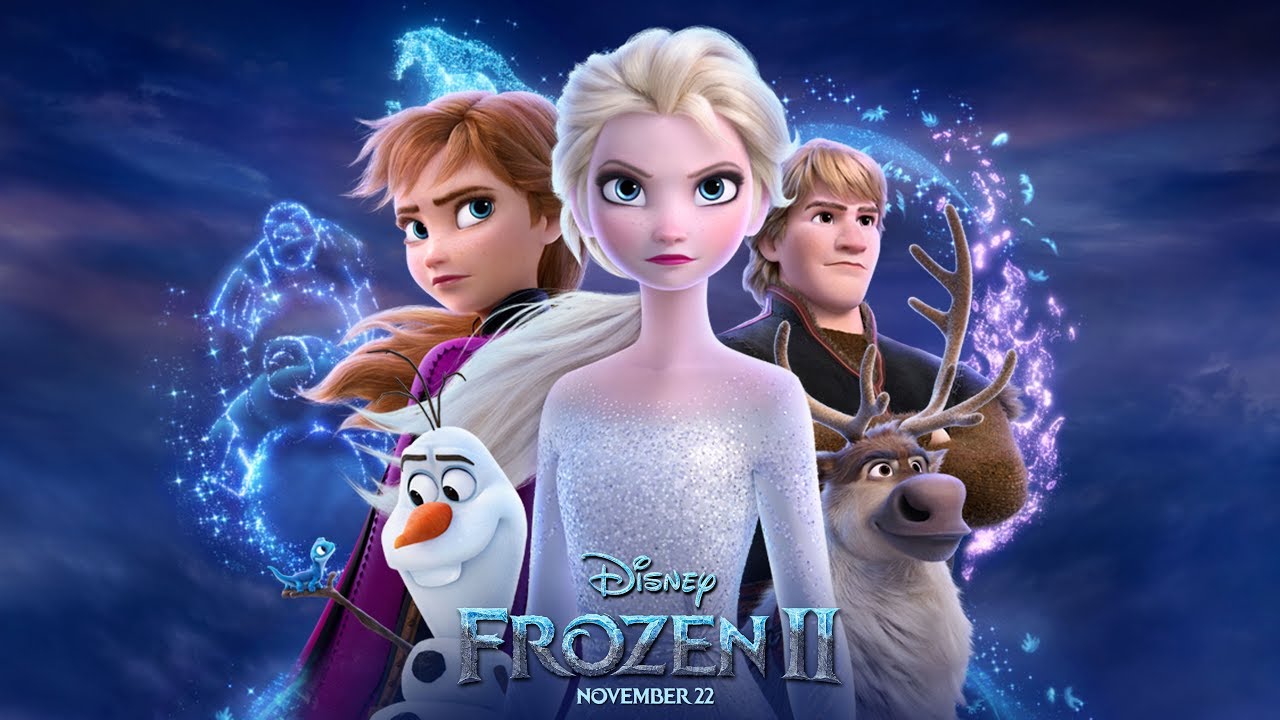 We’re bringing you a little something different today. This book is a YA and middle grade book blog, but, um, we love our princesses, and sometimes we break rules and just have to review the most updated Disney Princess offering – and thanks to Disney+, we got the chance to watch it early. And by we, I mean, Princess Mandy, who desperately had to watch it.

And y’all, I had some thoughts. I didn’t really have any expectations going in. I really enjoyed Frozen and saw it at the movies, which prompted my descent into all things Disney princesses yet again. I mean, it was always there, but Frozen revamped my love into full obsession. However, I still had issues with it: I still will always champion the fact that Disney made Elsa into a villain, and Anna should get all the love.

Frozen 2 takes us back to the land of Arendelle, where Anna and Elsa are adjusting to life after the last movie. Their next adventure starts when Elsa starts to hear this mysterious calling that leads them to the Enchanted Forest. The Forest has been shrouded in mist for years, and it’s up to Anna and Elsa to get to the mystery of the Forest and save all of the land.

This movie is far darker than the first one – from the content to the imagery. The colors are darker; it’s covered in shadows; and the entire color palette is full of purples, dark oranges, and blacks. The graphics, though, are stunning. I loved this darker palette, and the forest and other spots in the story was gorgeous. The first movie really focused on the snow and ice, but this movie showed the animators’ range – which was incredible. I loved it so much, and dear gosh, Disney, please make this a spot in the Parks because I want to live there.

Also, all of their outfits and hairstyles were amazing, and I can’t. I want them all, and I LOVE THEM ALL. The end.

As I mentioned, the movie was a lot darker in content. Olaf asked a lot of existential questions, there are moments of complete despair, and things are pretty bleak at moments. I asked at one point, “Why is this movie so emo?” Because honestly, it felt very emo. I came out of the movie, not with a feel good feeling but just an oh, okay one. Sure, not every kids’ movie needs to feel happy and be filled with it, but it had a lot of that lighthearted feeling that the first one had for me even when it was got dark. The mood was definitely somber af.

The characters and their stories were a little bit off for me as well. I did feel like Elsa’s character did make strides, and Anna was still great as always. Kristoff’s character felt lost, and honestly, I think he got lost for the second half because I totally forgot he was a character. Then there was Olaf – Olaf was probably my favorite character of the first movie. He killed it on the comedic one liners, and was always a bright spot in the saddest of moments. However, this one, the snowman was going through puberty or something (still don’t understand his existential crisis), and most of his jokes fell flat. I don’t think they even were jokes??? I don’t know??? The new characters were so-so, BUT I DID LOVE LITTLE PURPLE LIZARD THING. IT WAS A JEM.

And that was another thing – the comedy factor was lacking a bit for me. There was really only one scene that really got me and I was in love. Olaf reenacts the first movie’s plot, and it was amazing. There were a few other lines here and there, but really nothing else that made me lose it.

As for the songs, there was…there wasn’t jams to be had for me. “Into the Unknown” is my favorite, but there wasn’t anything else that really sticks out for me. Their voices were all still good, and there were a few songs that had promise, but I don’t think there would be anything that I continuously jam to. Kristoff’s solo song was weird, and I still don’t fully understand it.

Lastly, the plot was pretty interesting. I felt like there were things that were disjointed and logic didn’t always follow, but I was immersed pretty well. This story focuses a lot of finding who you are, which is a solid plot. There were some plot twists, but they were predictable unlike that Hans one last time around. Nothing that would put you out, and again, the plot was pretty fascinating.

Overall, I’m really not sure what to feel about this movie. I think it had a lot of promise, but it didn’t fully reach it. I wanted something greater, but I still feel stuck in the unknown. There were some great scenes, but while I enjoyed, I still don’t feel any real pull to it. It probably falls right in the middle of my feels. If this was a book, I would probably rate it a Pocahontas or Belle rating.

What do you think? Did you see this movie? Let’s discuss in the comments below!