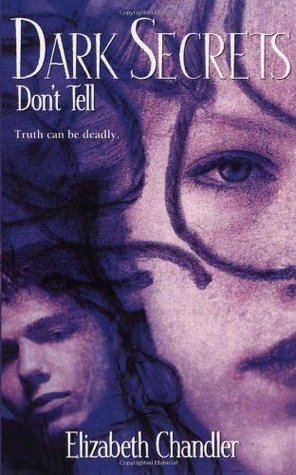 Lauren has come home seven years after her famous mother’s mysterious drowning. They said it was an accident, but the tabloids screamed murder. Her father, a senator, hadn’t protected her. Aunt Jule was her only refuge, the beloved godmother she’s returning to see. Lauren stops at Wisteria’s annual street festival and meets Nick, a tease, a flirt, and a childhood playmate. The day is almost perfect — until she realizes she’s being watched. Arriving at Aunt Jule’s, Lauren is shocked at the decay of the riverfront home. Aunt Jule seems angry and defensive, even as she fusses over Lauren at her daughter Holly’s expense. Nora, Jule’s other daughter, is silent and spooky, and stares at Lauren with frightening intensity. Meanwhile, Nick has acted as if he wants to be more than Lauren’s friend. So why is he suddenly glued to Holly and almost hostile to Lauren? How can she trust him — especially now that a series of nasty accidents makes Lauren realize that somebody wants her dead? This time, there’s no place to run.

Mystery: Lauren is not convinced her mother’s death was an accident, which kept her away from her godmother’s house for seven years. When she finally returns, she finds a lukewarm welcome and a recurrence of the troubling events leading up to her mother’s death. I made the questionable decision to read this book at night, and during several scenes, I got so spooked, I swore I felt something on the back of my neck. The eerie mood evoked in Chandler’s writing, coupled with Lauren’s terror as she finds objects knotted in locked room, creeped me to no end. Events get more and more unexplainable, terrifying, and dramatic as the pages turn, until the conclusion wraps.

Characters: Lauren is a bit spoiled, though she is conscious of it. At times in the book she resorts quickly to money to solve problems, which removes her ability to actually reflect on how the issue can be 1) an actual problem for someone who isn’t affluent and 2) resolved using her own problem-solving skills. Holly and Nick were fun characters to read, and Aunt Jules brought such complexity to the plot. I have issues with how Nora was portrayed, because she was shown as having a mental illness that is grossly untreated. But I can’t quite put my finger on how she could have better been depicted. I’m too unsure about that aspect of her character as a whole to comment. I would just say to take Nora’s characterization with a grain of salt.

Romance: I liked Nick but I think I liked his dog better.

VERDICT: If you’re looking for some chills, pick up this book, turn off the lights in the house, and settle in for ~spooky times~.

17 thoughts on “MINI-REVIEW: “Don’t Tell” by Elizabeth Chandler ✏ Some Secrets are Deadly”