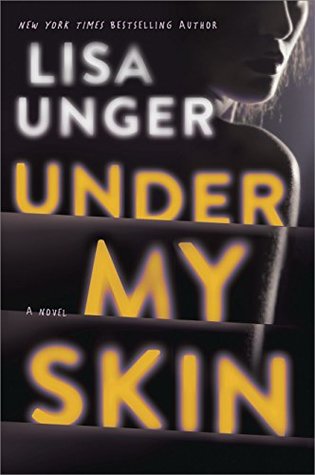 It’s been a year since Poppy’s husband, Jack, was brutally murdered during his morning run through Manhattan’s Riverside Park. In the immediate aftermath, Poppy spiraled into an oblivion of grief, disappearing for several days only to turn up ragged and confused wearing a tight red dress she didn’t recognize. What happened to Poppy during those lost days? And more importantly, what happened to Jack?

The case was never solved, and Poppy has finally begun to move on. But those lost days have never stopped haunting her. Poppy starts having nightmares and blackouts–there are periods of time she can’t remember, and she’s unable to tell the difference between what is real and what she’s imagining. When she begins to sense that someone is following her, Poppy is plunged into a game of cat and mouse, determined to unravel the mystery around her husband’s death. But can she handle the truth about what really happened?

Disclaimer: I received this ARC courtesy of Park Row and NetGalley. I am grateful for the opportunity to review an ARC for my readers, but this will not influence my final rating. All opinions expressed in this review are my own and based solely on the book.

I don’t think I have ever been so bored and detached while reading a book pegged as an “addictive psychological thriller.“ Under My Skin promised a dangerous game of cat-and-mouse, a narrator who struggles to recall the days she lost following her husband’s death and, of course, an answer to a murder that happened a year ago. Instead I just got a lot of internal monologues and the occasional dip into mystery and intrigue.

Lisa Unger’s fatal flaw lies with her tendency to connect sentences with commas that should not be connected with commas. (Or, in general, be connected at all). The result is a disjointed narrative that does nothing to add to the mood of the text (which could have been tense and suspenseful) nor to the character’s emotions. I could let this go if it happened once or twice, but very clearly comma splices are a favourite of Unger’s.

The surface beneath me is cold and hard, my head a siren of pain. Nausea claws at my stomach and the back of my throat. My shoulder aches, twisted under me. A sharply unpleasant odor invades.

Contracts signed, assignments late, a payment dispute. I let his words wash over me, offer comments, suggestions. I know what to do. He has questions. I have answers. Work is easy, even the problems and negotiations.

Poppy has a lot going on in this book. It’s the anniversary of her husband Jack’s death and despite the summary saying she’s “finally begun to move on,” she is a hot mess. She doesn’t remember the four nights following his death, she’s heavily medicated on sleeping pills, she’s ghosting several men in an attempt to re-enter the dating world, she’s being stalked, she has lucid dreams and hallucinations, and the police might actually have a lead on her husband’s death. Despite all of this, she reflects little to no emotion to the reader. I blame part of this on Unger’s writing style, where sentences are disjointed and hard to connect to. But another part is Poppy’s depiction/characterization. She does not show emotion, but tells it to the reader in explanatory paragraphs. Someone mentions her husband’s death? Poppy doesn’t say “after he died I cried for days.” She describes the details of his beating à la info-dump. Her best friend is introduced? Poppy doesn’t talk about the grandest of their adventures, she describes the details on how best friend Layla came into her wealth and has such a nice chauffeur. This is not to say emotional sections don’t appear in the book — this is to say that they are much too far and far between.

Unsurprisingly, I did not connect with a lot of the book at the beginning. I pushed myself through the first thirty percent with a lot of confusion tingeing my reading. Poppy experiences vivid dreams — dreams so vivid that she can’t tell she’s sleeping when they happen. Just like Poppy, the reader is shocked to find out events never happened later on in the story. I liked this concept, but will admit it wasn’t a complete win for me because I was already so distanced from the characters. Shocking twists like, “Wait, we never spoke!” would normally have me gasping in shock. But since even Poppy didn’t seem too upset (yes, she tells her therapist, yes she adjusts her medication, but her internal monologue remains calm and detached) I struggled to invest myself.

Later on in the book, Poppy begins to date a character defined as “suspicious” not only by the police but by herself, her friends, and her mother. This entire relationship remains uncomfortable and odd to me, and I kept waiting for some kind of plot twist that never happened.

The story’s ending was interesting. Some points didn’t make sense but I’ll accept this one.

One thing Unger does really well? She’s comfortable at recognizing different identities in her writing. For example, at one point Poppy casually inquires about her assistant’s dating life (they’re friends, it’s not a totally out of the blue question) — without assuming that her male assistant would be dating a woman.

This book will receive two crowns from me. The mystery element was thought out. There were innovative aspects in this writing, including Poppy’s hallucinations, Layla’s home life, and the looks into marriage/lifestyles. But the writing style fell flat and ended up bringing the rest of the piece down with it.

How important is an author’s writing style? Has writing ever changed your opinion on a book? Let’s discuss!

2 thoughts on “ARC REVIEW: Lisa Unger “Under My Skin” ✏ Is this a Dream or is this Reality?”