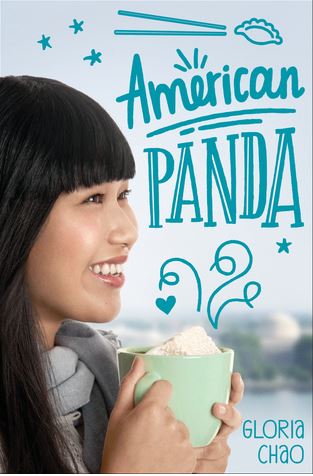 An incisive, laugh-out-loud contemporary debut about a Taiwanese-American teen whose parents want her to be a doctor and marry a Taiwanese Ivy Leaguer despite her squeamishness with germs and crush on a Japanese classmate.

At seventeen, Mei should be in high school, but skipping fourth grade was part of her parents’ master plan. Now a freshman at MIT, she is on track to fulfill the rest of this predetermined future: become a doctor, marry a preapproved Taiwanese Ivy Leaguer, produce a litter of babies.

With everything her parents have sacrificed to make her cushy life a reality, Mei can’t bring herself to tell them the truth–that she (1) hates germs, (2) falls asleep in biology lectures, and (3) has a crush on her classmate Darren Takahashi, who is decidedly not Taiwanese.

But when Mei reconnects with her brother, Xing, who is estranged from the family for dating the wrong woman, Mei starts to wonder if all the secrets are truly worth it. Can she find a way to be herself, whoever that is, before her web of lies unravels?

OKAY, THIS WAS ADORABLE AND I TRULY HAD FORGOTTEN JUST HOW FEELY AND CUTE AND JUST TOO MUCH GOODNESS THAT YA CONTEMPORARY CAN BE.

This review is probably going to be a mess, but I just couldn’t handle the fluffy feels and then the feely feels and JUST. THE. FEELS.

To be completely honest, I wasn’t fully sure what I was getting when I picked this book up. I had kind of totally forgotten what this book was about, but I had seen a few blogger friends give it high ratings in the past few days plus my mother offered to buy me a book so it was this or Reign of the Fallen, and by the book gods, I totally made the right choice. This was one of the most well done contemporaries I’ve read in such a long time with the equal amount of adorableness and seriousness.

Let’s start with Mei. Omigosh, I loved Mei. She is SO relatable. I mean, I literally felt like I was her at times. She has such a dynamic voice, and I just loved her so much. She was so funny, and she was so distinct, and I JUST FELT FOR HER. I want to hug her. She had such passion and her inner turmoil was just so reallllllllllllllllllllllll. Okay, this book was so good that I can’t even describe what Mei was like other than really good – literally at a loss for good words.

I also can’t believe Chao is a debut author. She writes with such finesse that is easy and breezy. She includes so much light-heartedness along with the depth that hits you hard in the heart. She had enough funnies and funny situation that allowed for some great comedy but it never felt like it was too outrageous or outlandish. I literally laughed out loud a few times, because a few moments were just that great. It just fit wonderfully altogether. The last 30% pacing did lag a bit more than the first part, but it was still quite enjoyable. Also, the way that Chao wove in the Taiwanese culture was just brilliant. It added just this big, bright dimension to the story, and it was so vibrant and I loved every second of it. AND ALSO, I loved the way dance was described in this book. Usually, when dancing is talked about in books, it usually loses a bit of its luster and sparkle, but this book brought it.

The other supporting characters were great as well. I loved reading about the Lu family, and see all of their little dynamics. Each voice and character had their own distinct personality to them, and I could easily pick all of the characters if they were in a lineup with only a few sentences to describe them – I mean, why that would happen, idk, but they across that well. Even if I didn’t agree or like what some of the characters were doing, I still appreciated the depth and well done characterization that they had.

The conflict built up throughout the book, and I felt like it was super well done to get us to a climax. Sometimes in a contemporary, you’re sitting there going, but, um, does this have a plot? But this book totally did and it was just a fantastic coming of age story. I also loved the college setting. MIT sounds so cool, and I loved the feel of it. If you’re looking for a college set YA, I’m going to be a super book pusher here with this one.

Overall, this was such an adorable, fun read. If you’re looking for something that is going to warm your heart and turn you into a feely pile of goo, this is the book. It’s adorable, funny, and just adorable, cheesy goodness – but totally takes on such important topics such as finding yourself. The culture woven in was so brilliantly added, and Chao’s writing was just so talented (definitely will be picking up any other book this woman decides to write). The swoon was just SO CUTE AND I CAN’T HANDLE IT – THE SAME WITH MEI. The only issue that I had was the pacing got a little off at the ending and since it was the last 30% of what I read, it did change my thoughts on it becoming a full favorite. It is totally a five crown read, though, and a Tiana rating!

What do you think? What are some of your favorite contemporaries? What was the last contemporary that you absolutely loved? Let’s discuss in the comments below!