There’s Someone Inside Your House by Stephanie Perkins

One-by-one, the students of Osborne High are dying in a series of gruesome murders, each with increasing and grotesque flair. As the terror grows closer and the hunt intensifies for the killer, the dark secrets among them must finally be confronted.

I believe this was a case of two weird genres getting together and not vibing. I’ve been lowkey a few of Perkins since I hesitantly got on the Anna and the French Kiss trend and rather enjoyed it. Lola and the Boy Next Door is one of my favorite books of all time, so when I literally saw that Perkins one sentence synopsis of this book how many years ago about slasher fic meets Anna, I WAS SOLD I WAS SOLD I WAS SOLD. However, I believe the problems came, well, because the fact that it was slasher meets Anna. It couldn’t figure out which one it wanted to be and I was just left confused.

My biggest issue was this wasn’t scary. I was not scared once in the story. Perkins had a fascinating idea about how this villain came into someone’s house, moving around items causing people to not be able to figure out if it’s someone else or just their imagination. It’s freaky, but that’s about it. Perkins tried to bring in the scary, but she just focused on the weirdest things…for example:

THE EGGTIMER. The story starts off with our first victim, walking around the house being confused on why this eggtimer keeps getting moved around. Okay, the moving around part is freaky, but the girl kept focusing on how the eggtimer itself was creepy. She’s like, oh, I don’t trust this weird little thing. It’s white and it looks beady or something and she just gets creeped out by it. I have never once been creeped out by one, so it felt like Perkins was just telling us to be scared of it instead of making it actually scary (and a super missed opportunity to not have that creepy ticking).

Later, another victim is a football player. When he starts to notice that things have gone missing, he perhaps thinks it’s because of a possible concussion or related illness, CTE. I thought that would make a lot of sense, but I think Perkins was like, oh, right, I have to make this creepy, so she keeps using the phrase, CTE? Is it you? So the narrator would go on for a bit of prose and then all of sudden, CTE? Is it you? would just randomly appear. It actually made me laugh out loud, and I had a long discussion with my friend about this later on because I was still crying over it.

Okay, those were two of the examples of what I thought was Perkins trying to force the scary aspect of it. It got a bit more slasher fic at the end of the story, but to tell the truth, I didn’t really know/care about any of the victims getting killed, I was not scared, I called the killer literally the first instance that I saw them, and I was not held in suspense.

Plus, the romance parts got super in the way. I felt like they were in the most inopportune times to be added in. I mean, there’s having a moment of prayer/silence for some of the victims, and Makani and her lovey decide to have a passionate kiss while everyone around them has their eyes closed for it? I was concerned by that. And I didn’t get into the romance either. Perhaps that was because I didn’t care for the characters at all? They were all just kind of there, and I never formed a connection to any character. 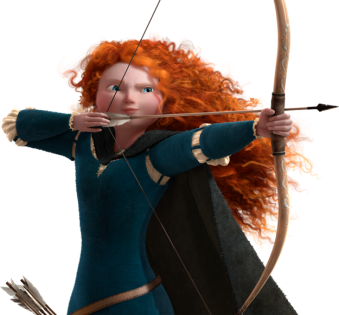 However, I did enjoy the diversity aspect of it. One of the supporting characters, Darby, is transgender, and Makani is half Native Hawaiian and half African American. Perkins tackled a lot of fantastic points about racial diversity in a town without much and the different micro aggressions that take place.

Overall, this story just fell super flat to me. I couldn’t get into the characters or romance, it wasn’t scary, I knew the killer the first moment I saw them, and I found the writing for a slasher fic subpar. Perkins still has a tremendous amount of talent, but I thought that really missed the mark due to the mixing of two genres that didn’t really need to go together (although I still really want to read one though XD). The premise really was great, but I think I’ll go read Lola and the Boy Next Door instead. 1 crown and a Merida rating although perhaps a visit from Moana?