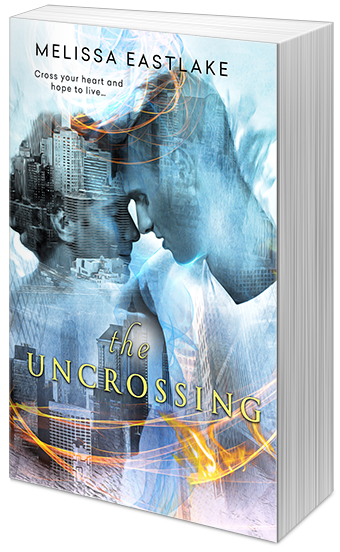 Luke can uncross almost any curse—they unravel themselves for him like no one else. So working for the Kovrovs, one of the families controlling all the magic in New York, is exciting and dangerous, especially when he encounters the first curse he can’t break. And it involves Jeremy, the beloved, sheltered prince of the Kovrov family—the one boy he absolutely shouldn’t be falling for.

Jeremy’s been in love with cocky, talented Luke since they were kids. But from their first kiss, something’s missing. Jeremy’s family keeps generations of deadly secrets, forcing him to choose between love and loyalty. As Luke fights to break the curse, a magical, citywide war starts crackling, and it’s tied to Jeremy.

This might be the one curse Luke can’t uncross. If true love’s kiss fails, what’s left for him and Jeremy?

I realllllly enjoyed this. Seriously, I really enjoyed this. Eastlake creates a wonderfully unique New York with dueling magical families; an adorable ship that I so desperately wanted to sail; a unique little twist on a magical fairytale concept; and truly likable characters full of flaws and heart. I found myself devouring almost all of this in one sitting on a long car ride, and it was one of the most enjoyable car rides I’ve ever had because of it.

Let’s start at the beginning! The world was unique and wonderful. When I first read the summary, I got some A Darker Shade of Magic vibes for some odd reasons, and trust me, this book had those vibes for me as well. Perhaps the biggest comparisons is how well done the worlds are. Eastlake takes regular ole New York City and adds in a layer of curses, famous magical families that are practically the magical mafia, and two boys with some epic magic. It was full of diversity, intriguing mythology, a little bit of an old school fairytale twist, and some very interesting powers/magic. It was so cool, and I never knew what was going to happen next.

The characters were amazing as well. I adored both Luke and Jeremy. They were flawed, but they were oh so real. They were likable and so well developed. They had facets to each of them, and they brought something a little bit different to the story. I loved reading about both of their families as well. They were both so involved in their families, and the dynamics were amazing. Usually in a story with two main characters, I find myself leaning or connecting to one of the characters more than the other, but I really did enjoy them both so immensely.

The ship was adorable as well. I lovedddddddddddd them together. I just sat there each page, going, but WHEN ARE MY TWO BABIES GOING TO GET TOGETHER BECAUSE I CAN’T DEAL WITH ALL OF THIS SEXUAL TENSION? They were so cute together, and I can’t even deal. XD

There were only a few issues that I had with the book. At times, it felt like it was just taking far too long to get anywhere. Even though I enjoyed reading it and I didn’t know what was coming, I just thought that it could get to a lot of things quite a bit faster. And there were a few things that just had my eyebrows raised. But overall, it was a good story, but a few little things left me from giving it a five crown read.

Overall, this story was a fantastic read. I’m still thinking about it quite a few days later, and I think these characters were super well done. There were a few things that I didn’t connect with as much, but I think it was a very good book. I definitely recommend this book for anyone that is looking for a super cool fantasy book that is something a little bit different. Four crowns and an Ariel rating! 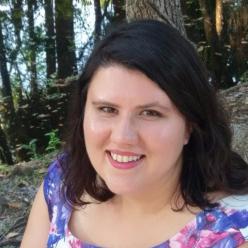 Melissa Eastlake’s debut novel, The Uncrossing, is coming in 2017 from Entangled Teen. She lives in Athens, Georgia with her partner and their dog.

What do you think? How has vibes worked out for you before? Doesn’t this sound epic? Let’s discuss in the comments below!