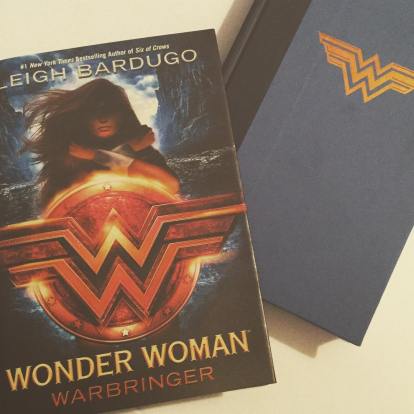 She will become one of the world’s greatest heroes: WONDER WOMAN. But first she is Diana, Princess of the Amazons. And her fight is just beginning. . . .

Diana longs to prove herself to her legendary warrior sisters. But when the opportunity finally comes, she throws away her chance at glory and breaks Amazon law—risking exile—to save a mere mortal. Even worse, Alia Keralis is no ordinary girl and with this single brave act, Diana may have doomed the world.

Alia just wanted to escape her overprotective brother with a semester at sea. She doesn’t know she is being hunted. When a bomb detonates aboard her ship, Alia is rescued by a mysterious girl of extraordinary strength and forced to confront a horrible truth: Alia is a Warbringer—a direct descendant of the infamous Helen of Troy, fated to bring about an age of bloodshed and misery.

Together, Diana and Alia will face an army of enemies—mortal and divine—determined to either destroy or possess the Warbringer. If they have any hope of saving both their worlds, they will have to stand side by side against the tide of war.

It’s a sad Wonder Woman day for this book princess and now I need to go cry somewhere. I’m never having highly anticipated books again, but I must be the princess of too many high expectations, which make some of my most desperate to read books fall flat for me. Ugh, me.

I’ve never been a huge Wonder Woman fan before. I mean, I liked her well enough. She’s my dad’s favorite superhero (I think Lynda Carter might have something to do with that), so I’ve seen a few episodes, heard a few of her stories over the years. I saw the movie when it came out with my best friend, but I still didn’t really get into the huge craze or anything. However, when I heard one of my favorite authors of all time was writing a book on her, I, of course, got super excited and Wonder Woman became a love. So, this book was put on a giant pedestal for me…and well, perhaps that’s why it didn’t go over as well for me.

Diana was easily the best part of this story. I loved her so much. She was AMAZING. She was so totally the perfect Wonder Woman and fit all the characterization I’ve seen of her. She’s an Amazon girl that’s different the rest, trying to prove herself to her those that matter – her family, her people, and those that she wishes their respect. Yet, she’s filled with so much heart and soul. She just wants to save the day and be the hero, and when she does and it all goes wrong, she stays loyal, true, and so extremely fierce. She kicks some major butt, is hilarious in her own way, and lives for the sisterhood. She’s simply amazing, and I just wanted a whole book focused solely on her, kicking butt and discovering the eccentricities of the World of Man.

Alia was okay. I liked her well enough, but I never felt anything for her. Whenever she was in peril, I was just like, oh, okay….which is not how I should have been feeling for a lead character. Nim? Theo? Mehhhhhhhhhhhhh. I didn’t feel anything for them either. They were just kind of there, and no offense, but I forgot Theo was even there for a long time.

Then we have Jason. I detested Jason. I sat there sending -_- faces at him the entire time. He was too pushy, rubbed me the wrong way with a lot of what he did, and I did not like how he treated his sister at all. And the romance plot line he brought to the story? Nooooooooooooooo. I thought it was unnecessary and found him unnecessary as well. If we had just had Alia and Diana as our focus, I think this story would have been far stronger.

The plot was…well, I really, really enjoyed the first part of it, but I found the second part oddly not as entertaining to me – which is odd because it was where the most action was. I loved seeing Themyseria and the Amazons. Gosh, I wish we had more time there. And Diana and Alia fighting to navigate the seas and NYC? Omigosh, so much love. When the actions picked up, I kind of faltered. Bardugo does bring some very interesting twists and turns, but I just felt disconnected. and with those twists and turns, I also just felt confused because I didn’t fully understand the mythology and world building that was being introduced. I felt I needed something to bring it more because I didn’t understand it. 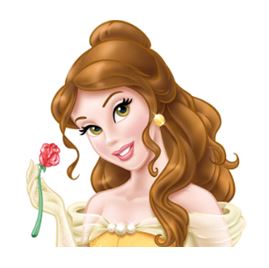 What I did enjoy: the brilliant girl power, DIANA DIANA DIANA, and the Amazons. This book showcases fierceness and strength from its leading ladies – whether it was emotional, mental, or physical strength. Diana – Wonder Woman – has been an icon for women for many years, and Bardugo’s Diana embodies that strength as well. I did kind of expect a bit more of it, though.

This was one of my most highly anticipated books this year, but I don’t know if it was the super high expectations I placed on it or the book itself. I wanted this book to focus on Diana and her epic fierce, girl power. However, I thought it got bogged down by boring characters, an unnecessary romance, and somewhat confusing world building at some points. However, there were still some good parts (the first half was amazing), and I sped through this novel so fast. But it wasn’t what I expected and what I wanted from this novel. So glad I’m back to being princess of unpopular opinions. -_- Three sad crowns and a Belle rating!