Pride and Prejudice meets Animal Planet’s Finding Bigfoot in this humorous and heartfelt debut about a loving, quirky family on the hunt for the mythical Sasquatch.
Hunting for monsters was never so awkward.
It’s bad enough that Samantha’s parents, charter members of the Northern Ohio Bigfoot Society, have dragged their daughter around forever, hunting for yetis. But now they’re doing it on national TV, and worse, in front of an aristocratic prep-school crew including a boy who disdains Samantha’s family.
But when he scorns her humble Ohio roots, she becomes determined to take him down. As they go to war, their friction and attraction almost distract them from the hint that Sasquatch may actually be out there somewhere… 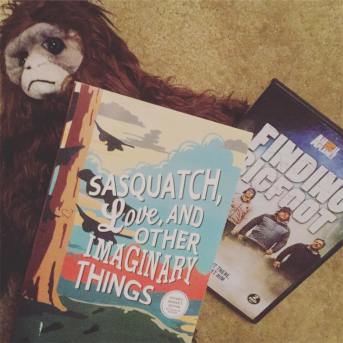 Where do I even begin with this book? I seriously have no clue. I was stunned by the premise of this book. So stunned that I literally stopped everything I did and wrote a blog post about it because I was in so much fangirling shock. The premise was literally everything I wanted and more – Finding Bigfoot meets YA. I love me some Bigfoot, and I love Finding Bigfoot even more. And this book well delivered on the exceedingly high expectations that I placed on it. But yeti or not (my new favorite catchphrase ever), let the reviewing begin!

“Are we having roasted Wood Ape for dinner? Is that kosher?” I teased, trying to diffuse the situation. Seeing my mom’s frown, I shrugged. “I know, I know, we would never hurt Bigfoot. We’re here to admire him, get to know him; maybe take him slow dancing, and out for ice cream.”

So, here’s our lovely premise: Sam and her family are offered a chance to go on a Finding Bigfoot-like competition show. Her parents are Ohio Bigfoot hunters – I MEAN, WOOD APE; WE ARE USUALLY TECHNICAL WORDS HERE, KIDS, JUST THE BRILLIANT WOOD APE – and are asked to be on this show, Myth Gnomers (no gnomes to be seen, though D:). Of course, Sam’s all like oh sasquatch no, but once she finds out about the much needed prize money, her and her family are all in and bound and determined to win against the preppy, snooty rich kids – and especially the infuriating Devan. ❤

Everything in this book was so much fun. The challenges, the characters, the adorable ship, JUST EVERYTHING. There were these epic little chapter headers giving “real” Wood Ape facts or quotes from the cast and crew of the show. To tell the truth, I hate chapter titles or quotes – I literally never read them and just skip to the content. I made sure to read every single one of the headers because they were entertainment by themselves.

Also, I will be reading absolutely anything Betsy and Carrie will be writing in the future. I am always astounded by writing teams, because so often, it’s so hard to tell that two people are actually writing a book together. These two made it effortless. I couldn’t tell who was writing what, but I knew I was super enjoying it nonetheless. I, of course, devoured this book in a day, so that shows just how captivating it was.

The characterssssssssss. There was SO much diversity – whether it was cultural diversity, religious diversity (the main character and her family was Jewish, which is so rare to see in YA lately), and mental health diversity (one of the characters is on the autism spectrum). All of the characters were enchanting in their own way, and Sam was such a fun narrator. She fought with her heart, and the way she looked out for her family – no matter how embarrassing they were. I thought she was such a good heroine, and I forever will be rooting for her.

The ship was adorable as well. It’s hate to love, of course, bringing in the Pride and Prejudice retelling. I’ve never read P & P before, but I think fans of the original story will totally love this due to the romance and also the family connections. And for those that are with me in complaining about how there are no parents or families in YA anymore, this was such a fantastic rep of family and will have you immersed into this amazing family.

This is already a super long review, so I’m going to stop here. I will forever be recommending and fangirling over this book. Did I have a few minor issues with the book? Yes, but I DON’T EVEN CARE BECAUSE THIS IS A BOOK THAT BOOK DREAMS ARE MADE OF. And truthfully, I kind of forgot what all my gripes are because the goodness has outshined the bad. If I haven’t convinced you to read this book, I have done something terribly wrong, because you totally need to be. Five crowns and an Aurora rating because it’s a true classic! ❤ 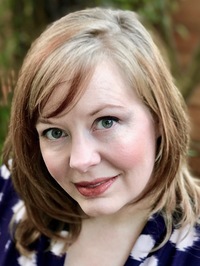 Betsy is a former magazine editor turned communications professional who avoids math at all costs. Therefore, she’s held a series of artsy jobs at Opera News, Museums Magazine, and the Museum of Jewish Heritage, where she tried to remember everything she learned in Hebrew school. She now works at Purchase College, SUNY, where she is inspired daily by the cool and creative students and professors. She lives and works in New York.

Carrie is an arts administrator and has worked for world-renowned organizations such as San Francisco Ballet, Orchestra of St. Luke’s, and the New Victory Theater. She is a passionate advocate for high quality performing arts for children and has written two plays for young audiences, which were produced and performed throughout

1 winner will receive a finished copy of SASQUATCH, LOVE, AND OTHER IMAGINARY THINGS & swag US Only.

What do you think? Are you as ridiculously excited about this as I still am? What are your thoughts on Bigfoot? Let’s discuss in the comments below!