Each Saturday, I will be showcasing a lovely Disney Princess (or when they run out, some other Disney leading ladies and more) and showcasing what they might be picking up if they were reading YA today. It will be based off their likes, interests, personalities, and their storyline. At the end, I will also feature a book that the Princess would NOT be picking up and a section of books that are based off either the plot or original princess fairytale. Check out more info here on my original post! We’ve done Tiana, Belle, Jasmine, Rapunzel, Moana, Snow White, Mulan, Elsa, Anna, and Cinderella so far! We have also done two non-princesses but epic Disney heroines, Alice and Tinkerbell!

A little late to the princess day, but Mandy had to take a little Aurora sleep and didn’t pop up until just now to do her post. Oops. But we’re going under the sea today, and I couldn’t be more excited to share with you my favorite mermaid’s picks! 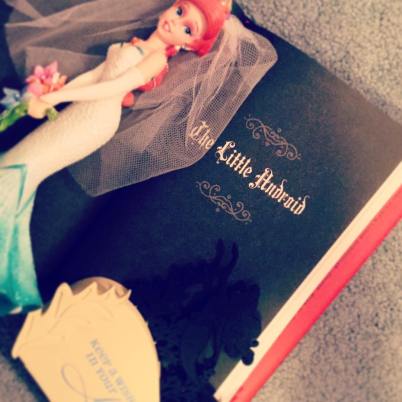 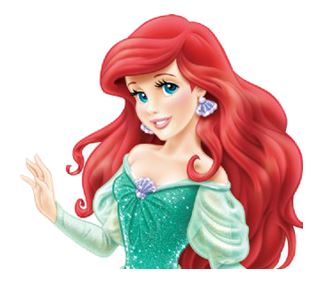 When I was a kid, The Little Mermaid was probably my second or third favorite princess. I loved her story – a mermaid yearning to be human, a handsome prince, a crab that sang literally the best songs, a trusty adorable yellow fish friend. But as I got older, I was surprised at just how much I started to relate to King Triton and how much that was an issue. But The Little Mermaid still holds a place in my heart – and I still have my original VHS to prove it.

Ariel is a dreamer. She yearns to see new worlds and new people. She loves collecting her things and trinkets from the human world. She is one of the most adventurous princesses out there, choosing to give up her mermaidhood and voice to see the humans that she dreams of from afar. She is super curious, and she is so passionate – chasing after her dreams and what she feels in her heart.

What would float Ariel’s YA boat? 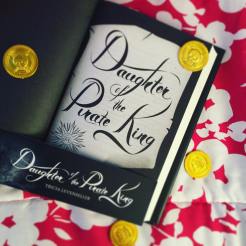 Daughter of the Pirate King by Tricia Levenseller

UGH. This was a super hard one that I was on the fence about. I think Ariel would both love and hate this novel. Ariel’s mother was killed by pirates, and some people even theorize that it could, indeed, be Captain Hook that did it. So I really don’t think Ariel would be too excited to read a pirate book. However, I think she would really love to read about Alosa’s story. They share the same fiery hair, the same passion for more, and being so intrigued by things that are kind of dangerous to her. SPOILER ALERT: plus, Alosa is part siren, which is vaguely like a mermaid, so that counts for something they would share and bond over.

When I Am Through With You by Stephanie Kuehn

Since Ariel is so adventurous and curious, I totally think she could be into mysteries. I think it would be totally a genre she would just be drawn to so she could collect clues just like she collects human trinkets. I definitely think she would pick up this particular mystery as well. I think she would super enjoy this book and not just for the mystery – it focuses on a camping trip gone wrong, and I think she would be so intrigued by the adventure of the camping trip and weathering of the elements along with trying to figure out all the clues.

A Map for Wrecked Girls by Jessica Taylor

This book is about two sisters trapped on an island. Ariel definitely knows how treacherous the water is. She would definitely feel so very lucky that she can travel through the water and see all of these islands if she chose. Also, she has a lot, a lot of sisters, and she certainly doesn’t have the best relationship with them. I think she would appreciate Emma and Henri’s strained relationship and perhaps help her figure out her own relationship with her sisters.

I feel like Ariel would love her some romance books filled with swoons. I mean, she gave up a lot to hang out with Prince Eric and the other humans. She did it because she wanted to be human, and I, for sure, think contemporary novels show what it means to be human the most. I definitely think she would gravitate toward the swoons as fast as she can.

I mean, I definitely think Ariel would like this a lot, but does Torin – Kai’s advisor – honestly not remind you of Sebastian without the singing? I can just imagine them both shaking their head at Kai’s and Ariel’s actions. XD

A book Ariel would NOT pick up

The Sea Witch by Sarah Henning

This book isn’t out until 2018 – a fact that Ariel would be very happy about. This book is about Ursula’s back story from the original Hans Christian Anderson story. In that novel, she never had a name, but she was quite fearsome in there as well. Some of the princesses would love to know the background of their villain and while Ariel is super curious, I feel like after the ending her and Ursula had, she might want to pass on this book. Especially since in the original Anderson novel, the sea witch’s interference did make the Little Mermaid turn into sea foam.

Want to read more about Ariel?

There is a decent amount of fairytale retellings for The Little Mermaid out there. You will get a few that follow the Disney version or the original Anderson version. Trust me when I say, the Anderson version has some BIG differences and before you dive into Ariel’s stories, you might want to read it first because you might be in for a shock with the ending. I’ve really only read one, The Little Android by Marissa Meyer, and of course, it was amazing because Meyer is queen. It follows the Anderson version of the story. Another big one that just came out this year is The Seafarer’s Kiss by Julia Ember. Here is a list of her retellings here.

What do you think? What other books do you think Ariel would want to read? Let’s discuss in the comments below!

31 thoughts on “The Princess Read: Ariel”