This Book Princess is bringing you something a little different today. Thanks so much to Loot Crate for reaching out to me to actually be interested in what I would want to put in my own Dream Crate!

What is Loot Crate?

I wasn’t quite sure what Loot Crate was before I was approached to create my own dream Loot Crate, but thanks to a little tour around their website, I found out it’s much different than what I was thinking. It’s not quite an OwlCrate, Uppercase, or Fairyloot, but instead, it’s a subscription service for geeks and gamers (although it looks like there is some major connection to Harry Potter), filled with awesome collections for many different fandoms. Recently, they’ve been reaching out, asking people what they would choose if people could create their own Dream Crate. Usually, Loot Crate boxes are around a value of $50, so I tried to stick with that – although princesses are known for being a bit extravagance so let’s see how I did. Loot Crate really is a super cool subscription service, and check out more about Loot Crate’s subscriptions here.

What’s the theme of yours, Mandy?

Of course you know that I’m the Book Princess – self-appointed but still – so of course, I had to go with a Princess theme. However, I started being overwhelmed by all the Disney Princess loot there was in the world, and my credit card started itching for me to use. In order to stop the madness, I decided to create a somewhat different themed crate: Old School Fairytale Box. That’s right – we’re not talking about the regular ole Disney Princesses and fairytales but some different, darker ones. 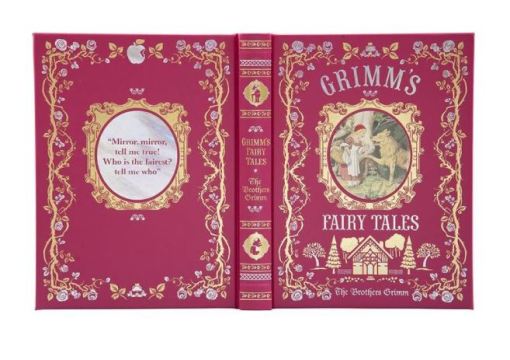 This edition is just gorgeous. Since I am the Book Princess, I clearly need a book in my crate, and the one that I chose was a collection of fairytales. Most of the Disney Princesses were based off old fairytales with a decent amount of them being from Grimm, but theirs was a lot more gruesome. Aren’t you totally glad I’m putting it in your box then? Anyway, this edition is just so magical looking, and even if you’re going to stay away from the horror stories – I mean, their fairytales – it will be beautiful shelf candy. You can find more about it here.

But a Mermaid Has No Tears Throw Pillow by Evie Seo 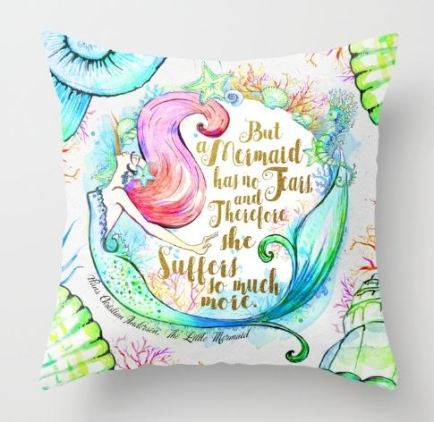 The original Little Mermaid story is a heck of a lot more convoluted than the adorable Disney movie. However, the story by Hans Christian Anderson is still a very interesting read. This quote taken from his work and created by Evie Seo is just stunning, and it will definitely make a nice addition to any reading nook. You can find out more information about it here. 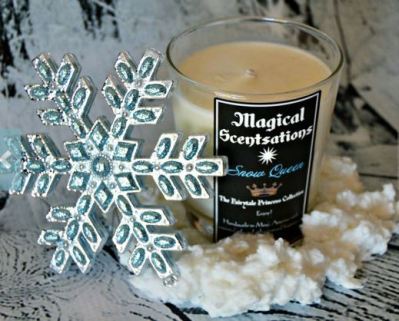 So, Frozen was loosely based off the fairytale the Snow Queen by Hans Christian Anderson – and I do mean loosely. There really is no similarities between the two, and you won’t be getting any addicting songs that are bound to be stuck in your head in the original story. Instead, you’ll be getting a snow queen that kidnaps children. Yay? Here is a delightful candle filled with peppermint and marshmallow to chase the evil snow queens away. You can find out more information about it here.

Once Upon a Time Book Necklace 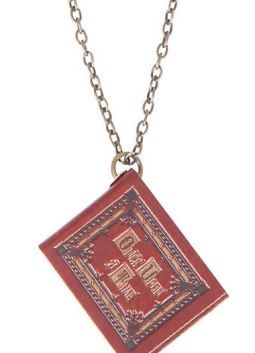 I actually own this necklace, and it is literally the cutest! Its pages actually own, and while it is super small, you can definitely write your own fairytale in its blank pages…if you’re so talented. It also has that old school fairytale feel. It’s the perfect addition to any fairytale box! You can find out more information about it here. 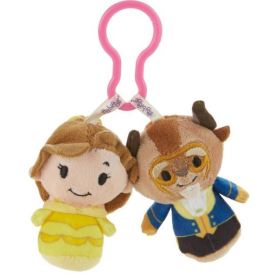 Hallmark’s itty bitty line is literally the cutest thing ever, and since March is the month for Beauty and the Beast, I had to include this adorable keychain of the two shining stars. Beauty and the Beast has had countless fairytales throughout the world as well. Plus, Belle is the queen of Disney books, and Beast is the king of libraries, so of course they have to be featured in a fairytale box! You can find more information it here.

What would be in your Dream Loot Crate? Would any of these items be? How do you feel about old school fairytales? Would you prefer the Disney versions?

Okay, before you run off, two more things!

Inej has made it to Round 2 of Book Madness 17, and guess what! There are three more epic prizes up for grabs this time around, and trust me you want them! Once you have voted (with hopefully a nod over to Inej ;)), you can enter the epic giveaway!

Check out my original post here about Inej and Book Madness here.

Also, remember, I’m hosting a giveaway for my ARC copy of Gilded Cage by Vic James! Enter down below if you’re in the U.S.!

Enter here for the Rafflecopter giveaway!

21 thoughts on “My Dream Loot Crate”