Once Upon a Dream by Liz Braswell

This has not been my year for Sleeping Beauty retellings. I’ve got three failed ones (check out Kingdom of Ash and Briars lameness here), and the ones that are coming out don’t look all that exciting for me. Is it too soon to just beg Marissa Meyer to write me one so I can just die of happiness and finally get the Sleeping Beauty feels my heart desires?

My wonderful best friend bought this for me for my birthday, because Sleeping Beauty has always been one – if not – the top princess on my list. Trust me, I don’t entirely know why other than my little kid heart was set on Briar Rose being the top girl in the cliched princess fight. Forget Rapunzel who takes on baddies with frying pans or Mulan who, you know, saves China. Give me classic naive girl whose life consists of insta-loving hot guys in the woods, singing, and twirling.

I have obviously discovered the greatness of Rapunzel and Mulan and Tiana later on, actually showcasing girl empowerment, but Sleeping Beauty will always have a hold on my heart because of that childhood love. And I think Prince Phillip is really attractive. That could be a big reason. 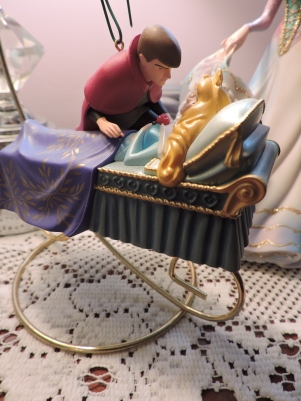 Anyway, I was a bit scared when my best friend bought it because I had saw a lot of negative reviews on it, and let’s be honest – this is published Disney fanfic. However, I didn’t really care because I just wanted my Sleeping Beauty feels, and my friend bought it so I was going to read it anyway.

If you’ve seen the original movie, you know the storyline approximately. This takes up from the part where Prince Phil is defeating Maleficent. Or did he? Instead of actually killing the dragon-fairy – because come on, it was too easy in the movie – Prince Phil is actually sucked into the dream-world where everyone that is asleep is actually awake and in an alternate universe. Aurora is actually Maleficent’s daughter and Mal is ruling this world. Aurora loves her aunt dearly and doesn’t seem to realize anything is wrong in this end-of-the-world doomsday she is living in until some dude with a feather hat alerts her something is wrong. She runs into the woods where she meets Prince Phil who she doesn’t remember at all. It is up to these two to save everyone and stop all the death before it’s too late and Maleficent makes the dream world real.

There were a lot of issues with this book, but all in all, I found it pretty entertaining at parts – even if it wasn’t supposed to be. Okay, almost all where it wasn’t supposed to be funny. Because I mean, you had to laugh at some of the things that were going on in this book. Often times, the author decided that actually writing a fight scene was super hard so she literally created a bulleted list for what was going on.
This is what happened

Like, what in the actual heck? I thought it was so weird and hilarious.

I semi hated Aurora throughout the whole book – she was pretty judgy despite her being kind and all – but I do applaud the author for trying to give her a backbone. Although it wasn’t much of a backbone as it was a bitchbone. She was just so mean to Phil throughout and I couldn’t believe she was supposed to be in love with him. I missed the naivete hopeless romantic of Briar Rose from Disney – and this book certainly did not include her. Sleeping Beauty is basically my favorite Disney movie, and I did love the references to the original with actual lines being credited but I felt that some of the characters’ personalities were drastically changed. Prince Phil and King Hubert were amazing, though. King Hubert honestly made the story and I would honestly read an entire book about his adventures.
Overall, it was an interesting take, and I got my Sleeping Beauty feels for the most part. I just wish it had been executed better.
These were just a few of my updates throughout reading the book:

3 thoughts on “Once Upon a Dream by Liz Braswell”